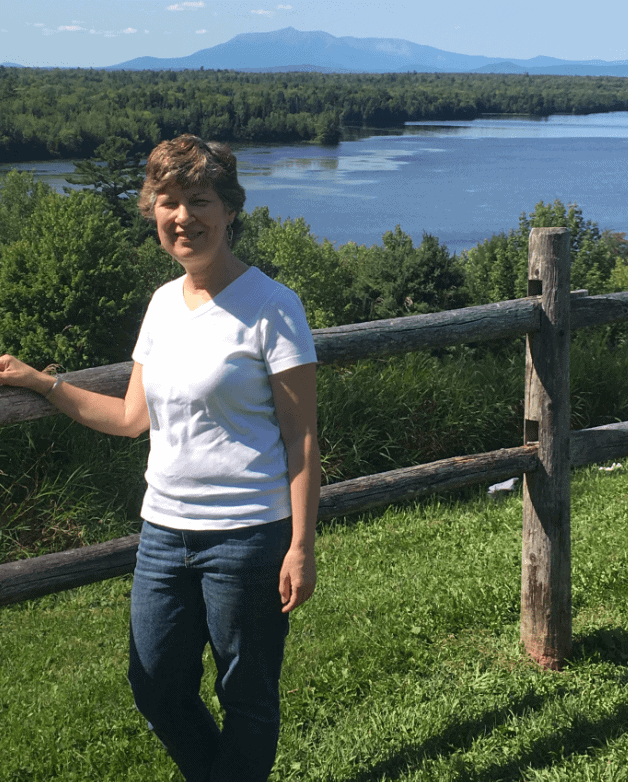 “The entity should keep close to all of those things that have to do with outdoor activities, for it is the best way to keep yourself young–to stay close to nature, close to those activities in every form of exercise that breathes in the deep ozone and the beauty of nature.” – Edgar Cayce 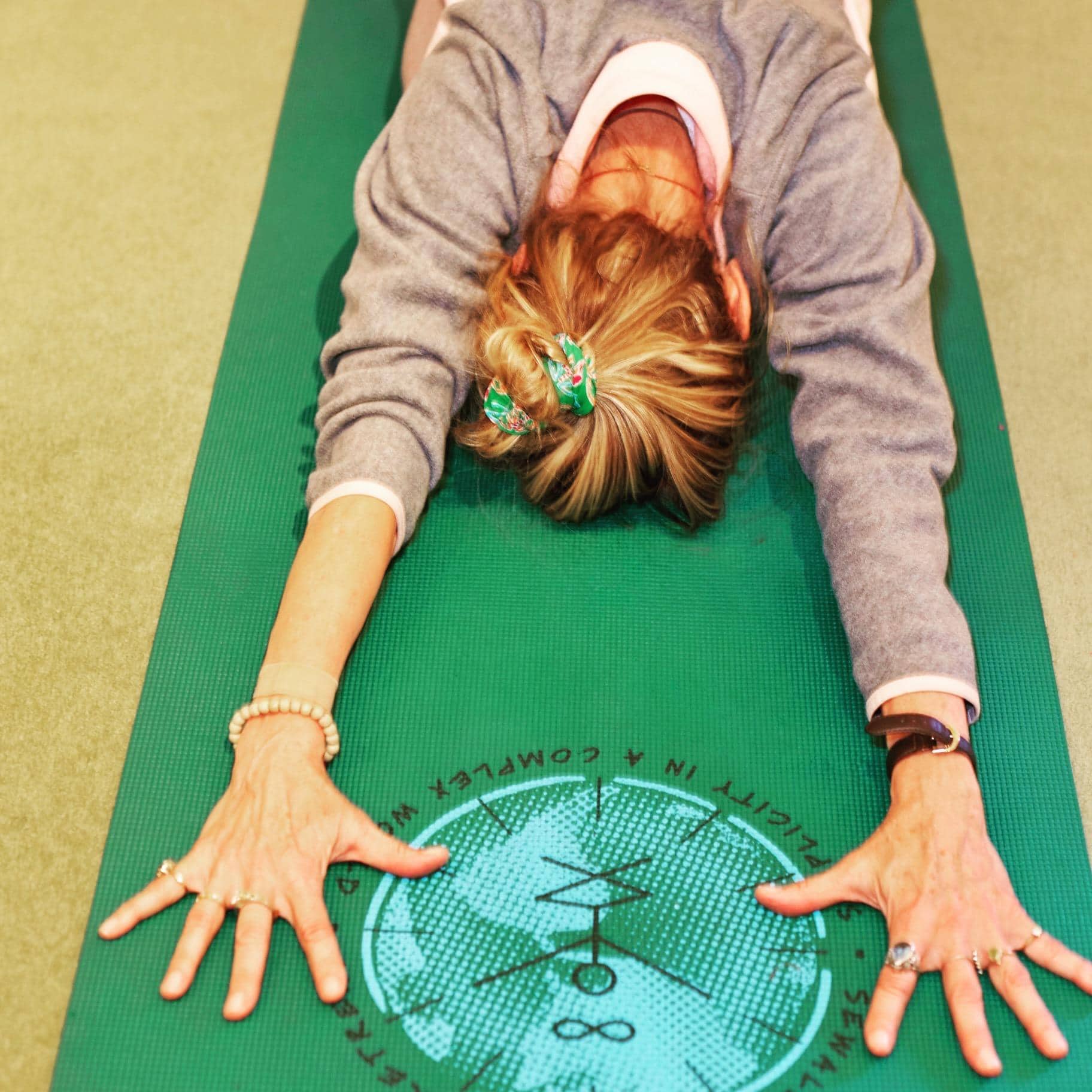 I have always considered yoga a personal growth tool, as well as a metaphor for life.

So when Joan first came to the yoga retreat in 2014 it was ostensibly because she had been diagnosed with osteopenia, the precursor to osteoporosis that many postmenopausal women experience.

Joan was looking for an alternative to the medicine the doctor wanted to put her on. She had already researched what might help, discovering, and becoming a part of Lawrence Fishman’s bone density Iyengar based yoga study. Joan also happened to have an affinity to Bed and Breakfasts, which is how we were listed in Yoga Journal, where she found us. It is true that Sewall House is a small yoga retreat with the feeling of a bed and breakfast, except you get in addition lunch and dinner too, yoga lifestyle and the wonderful nature and outdoor activities of northern Maine in a home where a young Theodore Roosevelt was healed from asthma and made lifelong friends with his nature guide, William Sewall (thus the name Sewall House).

At the yoga retreat, Joan reinforced some of the yoga techniques of squeezing the muscle to the bone know to increase bone density, an integral part of the Iyengar Yoga practice. Joan was also pleased to report that the results of finding and becoming a part of the study, and her yoga practice, proved positive results.

Joan decided to return to the yoga retreat the following year. This year, in addition to the yoga and meals and the retreat experience Joan ventured out on her first kayak experience on the vast pristine lake. Since Joan also had chronic fatigue she was not sure how exerting herself beyond the yoga would go. She timidly hung fairly close to shore, but when she returned the following year her fear had dissipated and she happily kayaked again, venturing bravely further.
The following year she returned once again, having begun to volunteer at a horse stable near where she lived in Queens. She had always had a love for horses but never actually gotten on one. This year she made it to the nearby horse farm and took a lovely hour long horse ride on a trail for an hour with some of the other guests.

On her next visit she ventured out to a short hike to a beautiful waterfall, with one part that is a bit steep and another that requires crossing an incline. Once again Joan felt she was beyond her comfort zone, but she was glad she did it. Once was enough and she got to see beautiful Shin Pond Falls.

On her next visit she ventured out to a short hike to a beautiful waterfall, with one part that is a bit steep and another that requires crossing an incline. Once again Joan felt she was beyond her comfort zone, but she was glad she did it. Once was enough and she got to see beautiful Shin Pond Falls. 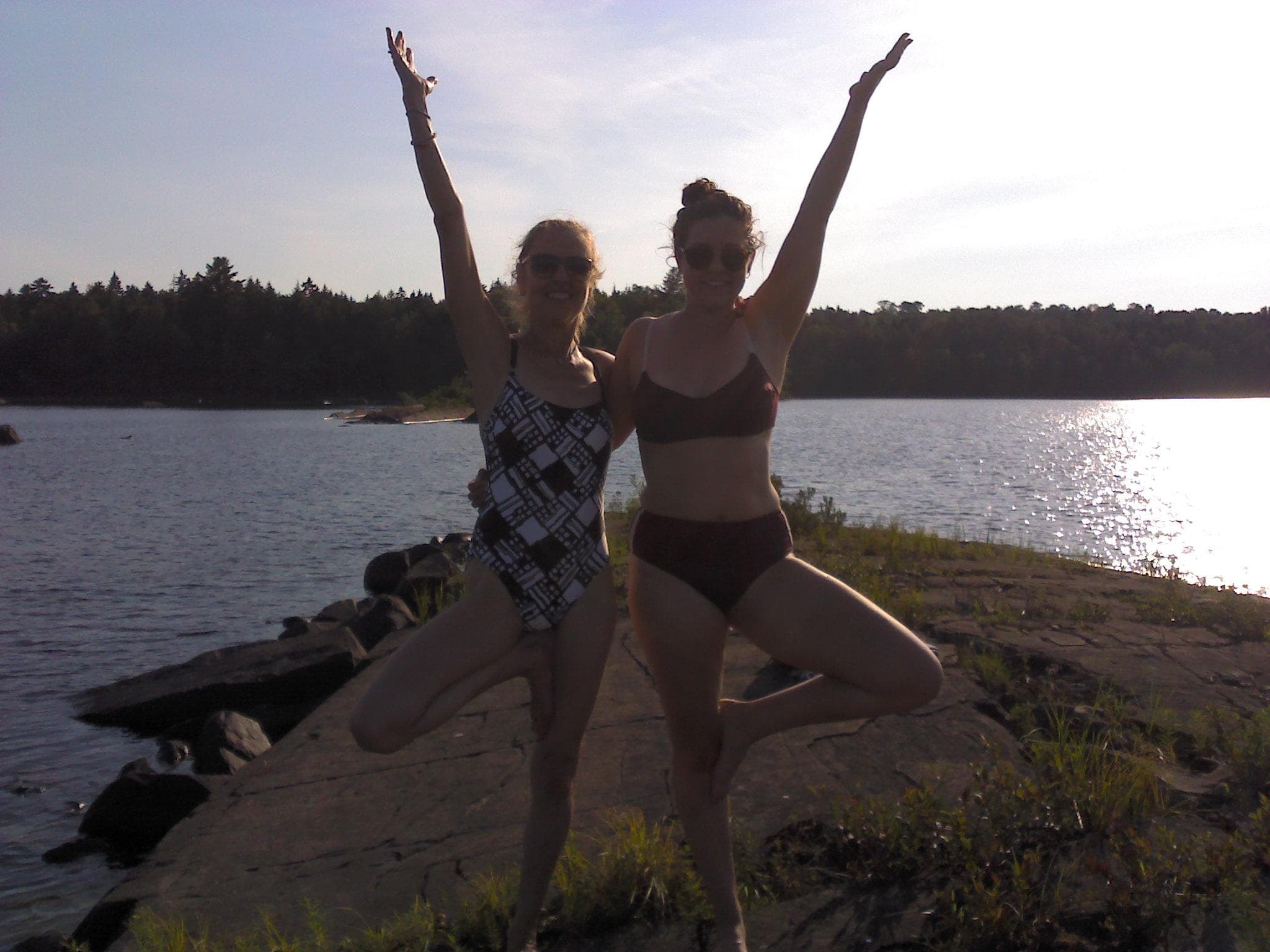 Joan has let us know that Sewall House has become a regular part of her life. Last summer she happened to try her hand at her first jigsaw puzzle that some other guests had also been working on. When Covid 19 came upon us this past spring while Joan was sheltering at home she got the idea to order a jigsaw puzzle! She has let us know that working on that jigsaw puzzle has been one of her chosen activities during this time of change and adjustment for us all.

Joan is usually one of the first guests to book her stay with us, arranging her flight into Bangor well in advance. She has let us know that many of her experiences with us have been special, including visiting a local Amish family at their home. We know that Joan may not make it this year, as many are still maneuvering what is the safest path to take during this Covid 19 era. For many the choice to stay at home seems the best decision, especially but not only for those that are not part of the younger population. We look forward to Joan’s next visit but in the meantime it is so rewarding to know that we have given Joan, and many of our other guests, experiences that are firsts in their lifetime, getting them out of their comfort zone, not just in a yoga pose, but in life, which is, after all, how we grow.

Previous Post
Activities Beyond Yoga At Our Yoga Retreat – what else beyond yoga??
Next Post
Better Together | BBB Thanks You