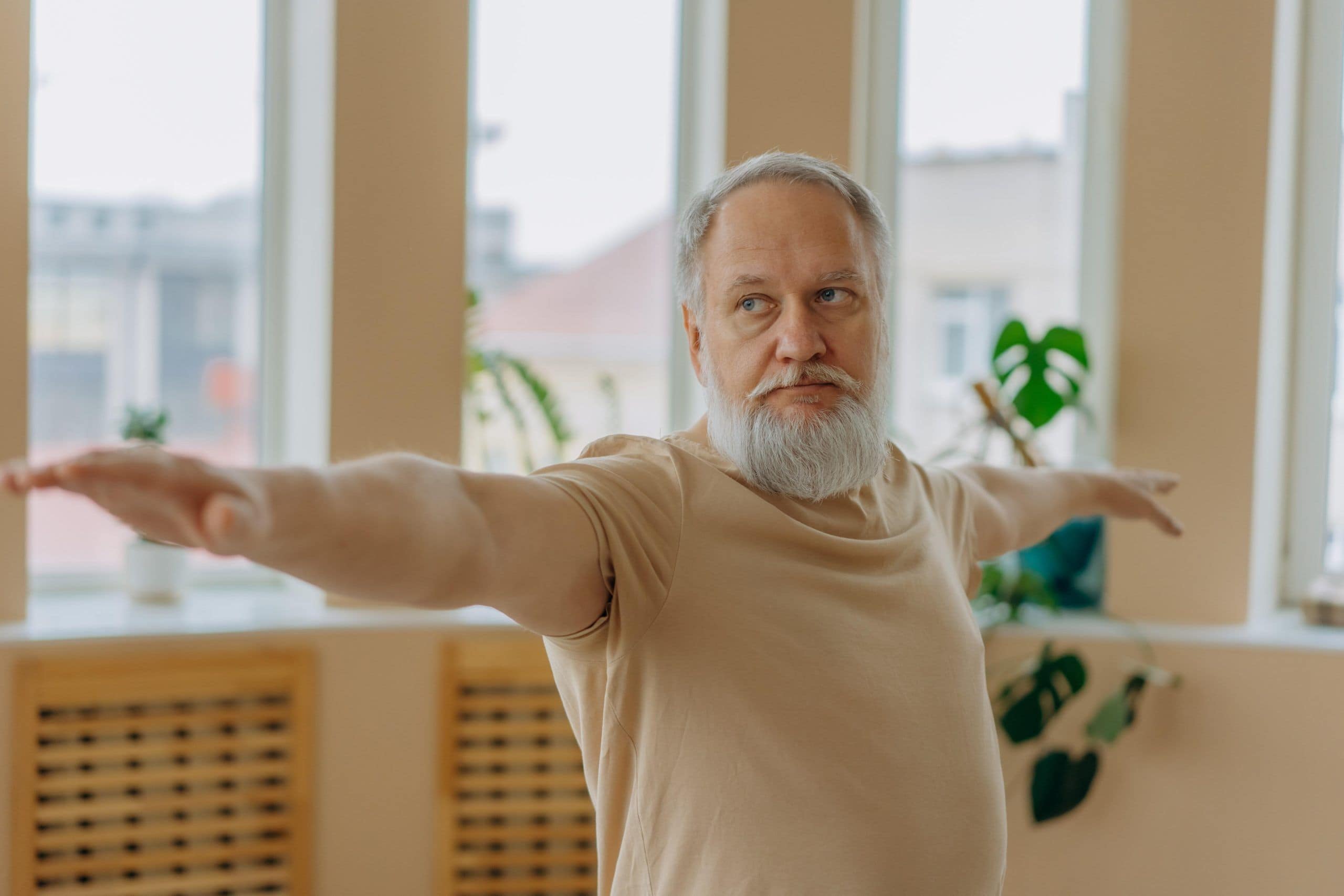 Photo by Mikhail Nilov from Pexels

When I started yoga in college back in the 1970’s it was because the therapist I was sent to for emotional problems suggested I do baby pose. I was curious and found yoga to be relaxing.

My main sport at the time was running, which I did competitively in high school and college. I was interested in health but not yet in tune with the mind body connection. In my twenties when I found the stress associated with becoming an adult, married and with a career, I turned to yoga again for stress reduction. When I left my marriage and career to live in Europe for a few years, seeking artistic endeavors, I left yoga behind until my return to the United States in 1985 at age 30. At that time I discovered Kundalini Yoga, which helped me unravel the still residual emotional habits that were not serving me or anyone else. Fast forward to age 44, when I decided to throw myself into physically demanding forms of yoga – Ashtanga, Iyengar and Dharmayoga primarily. For years I pushed myself into Chatarungas (yoga pushups) and  poses I never imagined I would be able to do. Fast forward to age 52, when almost overnight my very open shoulders shifted completely as a result of menopause. While still able to do much of the yoga I had practiced with such discipline and devotion over the years, other things I will never be able to do again. This winter, as they world was forced inside, for a variety of reasons my yoga practice became not as strong. Old sport injuries were exacerbated, my shoulders became even weaker and I found myself rehabbing my body, trying Feldenkrais and a chiropractor to address the pain and weakness that had developed. Yoga and aging were going hand in hand in my body.

So the question arose as I did the self reflection that is also a part of any complete yoga practice, what does yoga and aging look like?? I think for yoga practitioners, and teachers, like myself who have had intermediate to advanced practices, we have to accept the fate of aging. Everything alive ages. And yes, we may age differently than our counterparts, but nevertheless we too are aging. I did my Masters in Nutrition in 1979 at a Vegetarian Seventh Day Adventist University. While the population there was 20 years younger than their counterparts chronologically  due to their lifestyle, they too indeed experienced aging!

So here are my reasons for encouraging anyone to do yoga and any age-and that includes older people who have never done it!! It’s never too late…Yes, my muscles and bones are weaker than when I was younger, but the good news is that our aging muscles and bones DO respond positively to yoga. So whether you are a rote beginner or been a lifelong practitioner and are starting to see some losses in your ability to achieve certain poses, yoga is not about being a gymnast anyway! It never was! You might think so if you look at some of the beautiful poses found all over the internet. But truly, yoga and aging go together extremely well. Why?? It keeps your mind clear, it keeps you breathing properly, you move and strengthen your body and it can be done with props or even in a chair – and, if you have been doing it for a long time and cannot do everything you could at an earlier age, I bet you can still do more than the average person your age…and that is the reward of practicing yoga for a lifetime!!

Previous Post
New to Yoga: 7 Quick Tips to Help You Start Practicing Yoga at Home
Next Post
Healing the Mind, Body and Soul with Yoga and Meditation