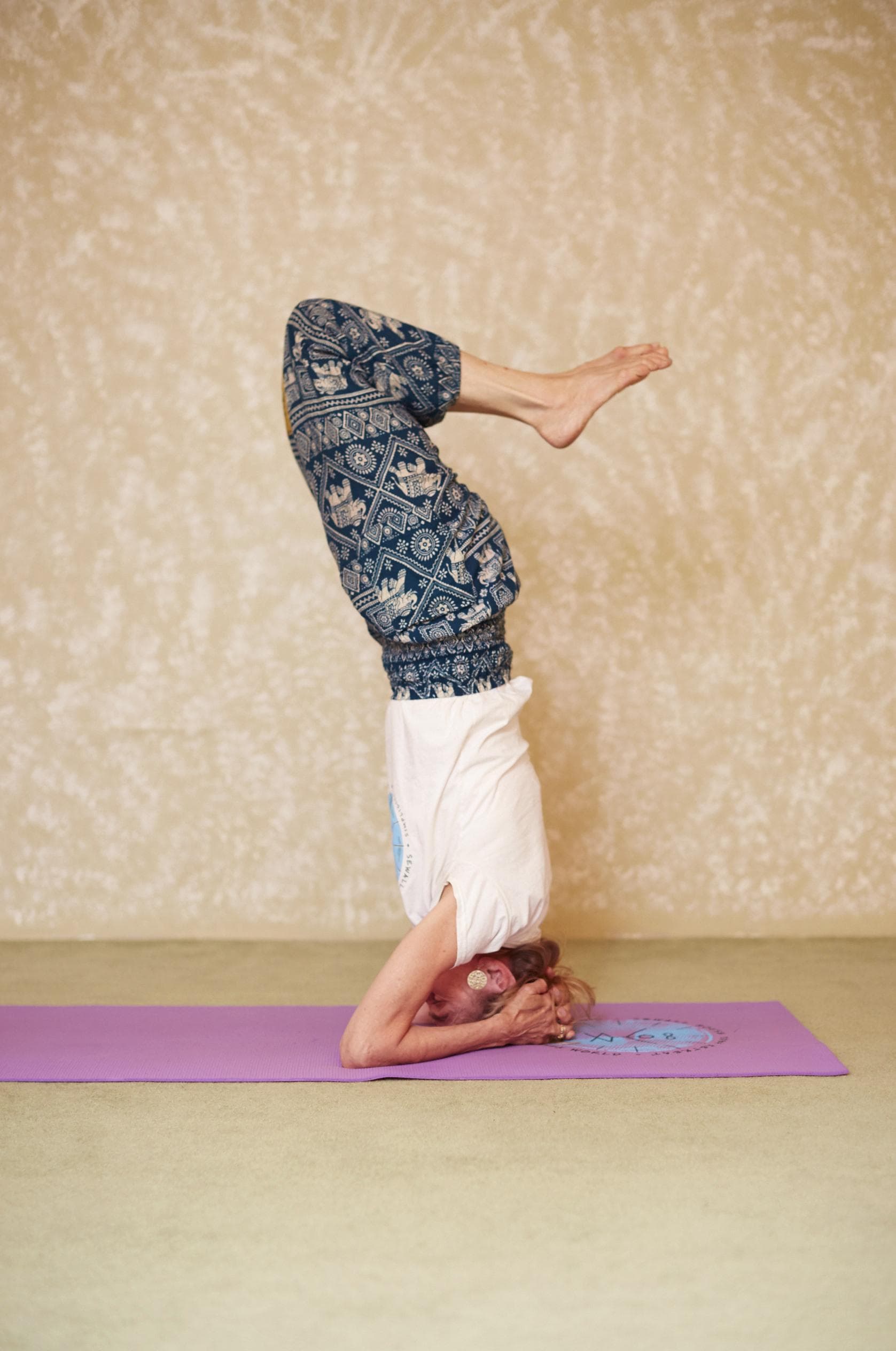 The year I quietly told friends, family, and co-workers about my out-of-the-blue impending break up, I received no less than 3 copies of “Eat, Pray, Love”: a hostess gift at a get-together, a copy anonymously left in my office mailbox, a package in the mail from a friend. Hmm…this means something, I thought. The first copy I read became my “best friend”: dog eared pages I wanted to refer back to, notes in the margins, underlined quotes and entire paragraphs.

Oddly, the things that resonated weren’t what seemed to be the Public’s favorite; no “Attraversiamo” for me.  My “underlines” included phrases I connected with like “Learn your way around loneliness”, “I thought I was old and divorced”, and “…a cross between a golden retriever and a barnacle”. Still, I couldn’t put it down, and understood why other women felt it would help me. (I eventually passed the other 2 copies onto “friends in need”.)

Two long embattled years later, it was the first summer after what I liked to call my “surprise” divorce (Him:” I don’t love you anymore. Surprise!”) and my 25th anniversary would have been approaching.  The divorce and the 2 years leading up to it had been brutal and debilitating, both psychologically and financially.

The thought of being in the house that held so many memories of a once-great relationship depressed me. Pulling on my big-girl panties, I decided to get away for just a few days, all by myself. No loving sister, no helpful buddies, just me. So I wouldn’t be tempted to pull out my wedding album and consume an entire bottle of champagne (that was last year’s anniversary.) I wasn’t really sure where or what I wanted, other than “anywhere but here”. A B&B in Cape May? Too expensive. Plus I had done that with “him” many times in the past, and could see it degenerating into a weep-fest and the aforementioned bottle of champagne. I needed something I had NEVER done as a “wife”….

The next day a flyer arrived in the mail advertising a yoga retreat in upstate New York. I read it over and decided that it was too expensive and too challenging (I was relatively new to yoga then, plus it seemed to involve shared cabins and latrines…ew). But the idea stayed with me, so I Googled  “yoga retreats” and came upon Sewell House, a beautiful Yoga bed and breakfast, housed in a home from the 1860’s and the preferred hang out of Teddy Roosevelt. PLUS it offered nothing but vegetarian food.

The triumvirate of appeal: Yoga/Historical/Vegetarian!  The only drawback was the location: a tiny town waaaaay up near the Canadian border in Maine. A 9+ hour drive! By myself. Not really knowing where it was or what I’d find. If that wasn’t an “Eat Pray Love” moment, nothing is. I called the following day and booked 3 nights, the second of which was my anniversary date.  I only experienced a few pangs of remorse as I looked at driving directions and realized I would have to pump my own gas (Jersey girls don’t pump gas). But, for better or worse I set out at 4:30 a.m. (beat the traffic!) on a Tuesday morning in August. Scared and nervous. Here I was, 50 years old, and completely alone.

Did I feel empowered? Not yet. More regretful for all that had gone down. But even more determined to prove to myself that I could succeed. So after a relatively uneventful drive (enjoyed the early morning beauty surrounding the Tappanzee bridge; found a helpful truck driver who showed me how to make the gas pump work; stopped in an artsy little town in New Hampshire to have lunch and bought a pair of paisley yoga pants at a boutique there), I arrived in Island Falls, Maine around 4:00 p.m. and checked into the beautiful place called Sewell House.      The owner, Amrita, greeted me like an old friend, and I felt an overwhelming sense of relief about my decision. Perhaps I WOULD get through my first summer as a single woman.

I was introduced to several other guests, most of whom were spending their last day there, but there was one young woman (from Texas!!!) who had also just arrived. I connected immediately with “Dana”, probably 20+ years my junior and a newlywed, but friendly and welcoming. The next morning the other women checked out, and Dana and I were the only guests for the next 2 days. We enjoyed our first yoga class together, had fun exploring the tiny town and finding the one souvenir shop, did an amazing yoga session on a volcanic outcropping in the lake surrounded by mountains and the call of  loons, and ate communal veggie meals with our lively and lovely staff.

The second day, Amrita, our hostess and yogini, announced that the class would end with headstands. To which I replied, “Oh, no. I don’t do headstands” (due to a lifelong fear of tumbling upside-down). To which she replied, ”Oh, yes you do. We’ll take it slow.” I.  Was. Terrified.   Amrita had a special bench that supported my shoulders while letting head hang through, just to get prepared for the ultimate sensation of “standing” with my legs up the wall. I felt nauseous. Dizzy.  Disoriented. All at the same time. Needless to say, no real headstand happened, but Amrita was undeterred; “We’ll try again tomorrow!”.

Going to bed that night, I journaled of my “impending failure” in tomorrow’s class: a headstand for me was NEVER going to happen and this was all a big mistake and I was too old and a big loser for even THINKING I could be successful at yoga and no WONDER my “husband” left me for a woman 16 years younger than I….”;  sweet dreams are made of these.

After a distracted meditation session  and a homecooked breakfast that I hardly tasted, it was time for yoga. Again, cold sweats and light headedness notwithstanding, Amrita had me try the headstand bench. Amazingly, I realized I was, indeed, NOT as paralyzed with fear as the previous attempt, and could actually begin to straighten my legs up the wall a little. But “a little” was more than I could do yesterday, so I felt a tiny sense of accomplishment.

By the afternoon class, I was not as terrified when Amrita suggested I try it “for real”: upside-down on the rug with hands clasped behind my head and elbows bent for stability. With a huge sense of skepticism, I tightened my core as directed, took a deep breath, and began to slowly raise my legs. Within seconds I was aware of the sound of clapping and cheering. Amrita had stepped away from me and I was perfectly fine, all on my own, doing the headstand like a boss. Dana ran for her camera and took pictures of my first “salamba sirasana”. I felt amazing; successful, empowered, capable, strong, brave… all those things I thought I had lost of myself in the divorce.  Later that afternoon, I was up in my guest room, journaling my accomplishment, when there was a knock on my door.

Dana, my pal from Texas, came in and sat on my bed, and we both rejoiced in my little victory over gravity. Then she said ,” On the first day at my new job, I was terrified. My boss called me in to her office to give me a pep talk. She handed me a gift and when I opened it I saw it was a small pendant with a Sanskrit word engraved on the front.  She explained  it translated into English as the word “Fearlessness” and told me to wear it until I felt brave enough to pass it on.”  Dana reached up and took off the necklace and gave it to me. “Now it’s your turn to wear it. It will remind you of this fearless moment, when you thought you ‘couldn’t’ but you did!” We both were crying by then. It was probably the most meaningful piece of jewelry I had ever received, and stayed around my neck for the next 5 years, until the true man of my dreams put a diamond on my finger.

I became a bride at age 54 and have never been happier. And I did “pay it forward”: when my best friend announced that, at age 46, she was going back to grad school to become an art therapist but was feeling rather nervous about that big step, I passed my “Fearlessness” pendant  on to her, as I truly felt I didn’t need it anymore. She earned her Masters degree with High Honors last January, and I’m about to celebrate my 4th anniversary. Oh, and my husband and I have started our own business together. Strong, brave, fearless women rock.